We are delighted to showcase our new murals for the Children’s ward at Lister hospital. 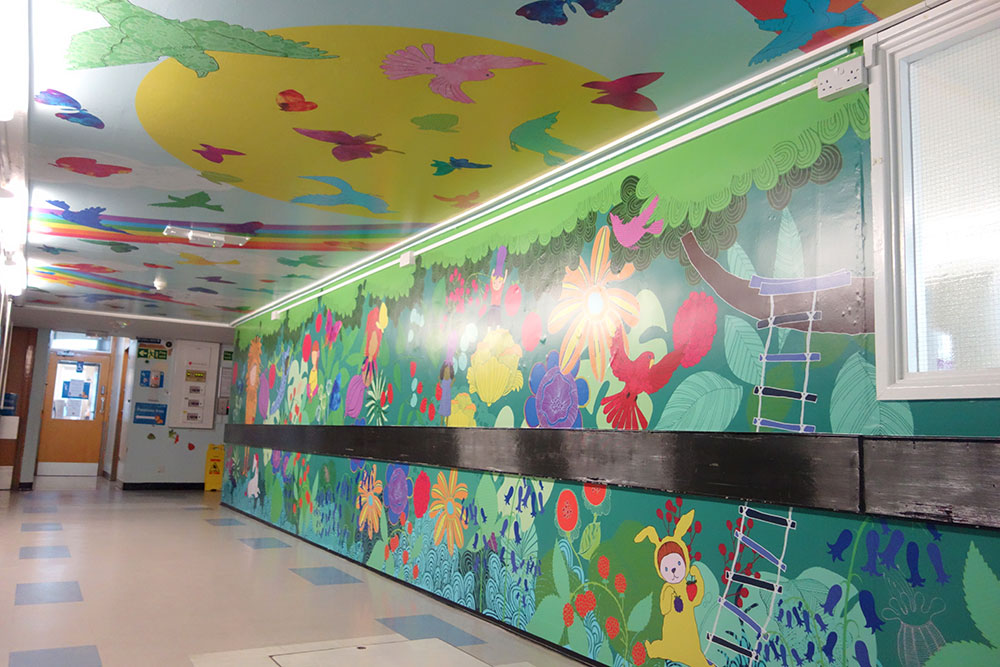 In the winter of 2016 we went for a meeting in ‘Bluebells and Brambles’ Children’s ward at the Lister Hospital in Hertfordshire and spoke with them about creating a new set of murals to make the ward more fabulous for the children, parents and staff who used the space every day. The project was partly funded by the hospital and partly by the amazing charity ‘Rays of Sunshine’.

Rays of Sunshine Children’s Charity was formed in 2003 to brighten the lives of children who are living with serious or life-limiting illnesses, between the ages of 3-18, across the United Kingdom. 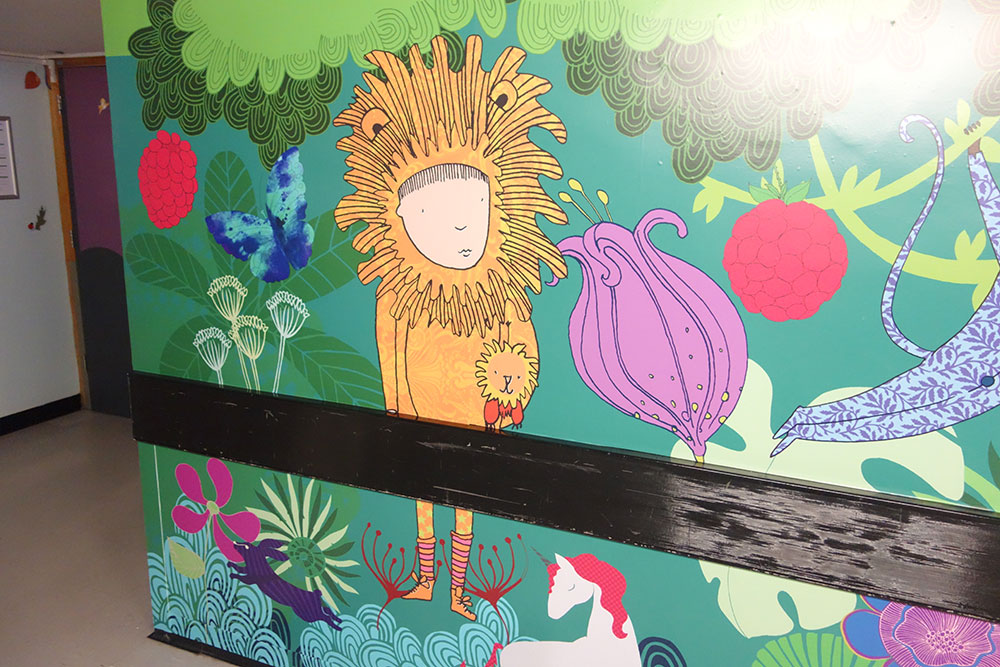 So we talked at length with the fabulous staff, and with a imagination filled woods and forest theme off we went…..drawing, planning, colouring and designing for the next 9 months! It’s a big job!

We finally sent all the images off to our amazing printers (Aston Klein) who printed it all out on huge rolls of vinyl wallpaper, and organised their incredible installation team. FYI this job also included their first ever ceiling installation!!

Now almost a year on it is all up and installed! and it looks amazing!

It’s so fabulous to see something we had only ever seen on our computer screens and on paper, and that we have worked so hard on for so many weeks/days/hours finally blown up huge on all these walls.

We are so grateful to have been able to create work that makes a difference to people every day both those visiting and working in the ward. Also as my daughter and I have both spent time on this ward in the past and it’s so great to be able to give something back. Now we can’t wait to hear what the children think of the new ceiling artwork too!

We are enormously proud to be asked to design more work for this gorgeous Hospital.

We hope you love the final work as much as we have enjoyed creating it.